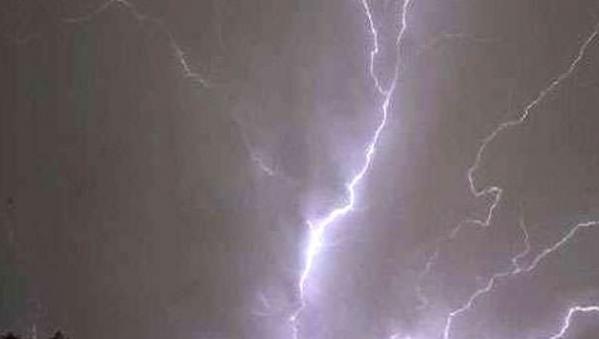 In order to take precautions against lightening, a special training module has been prepared by Srikrishna Institute of Public Administration (SKIPA).

Mining Accidents: Maximum loss of life occurs in Jharkhand during coal mining.  While coal mining Methane gas is released and this is responsible for maximum number of deaths. Fire in Jharia coal field since 1880 is deep matter of concern.

Elephant Attack: On an average 108 person dies due to elephant attack in Jharkhand. The strong fragrance of Mahua flowers attracts the elephants towards human settlement. The adjoining area of Saranda, Dalma, Dumka and Palamu forest is most effected by elephant attack.

Earthquake: The entire area of Jharkhand is divided into 3 regions on the basis of risk.

Biological disaster: The non-communicable disease Malaria effects most of the population in Jharkhand. The tribes of Jharkhand is most prone to malaria.

Disaster Management: It can be divided into Pre disaster, During disaster and Post disaster.

Pre disaster management:  It include research and development, pre alert system, planning, management and accumulation of resources to tackle disaster.

During Disaster: Providing relief to effected, transfer people to safe place and provide food/water/medicine to the effected.

On 25th December 2005, government of India implemented disaster management act (DMA). According to DMA, Disaster management authority (DMA) has been established. The DMA is chaired by Prime Minister. In 2006, central government established National Disaster Response force (NDRF). The NDRF consist of 8 battalion and each battalion consist of 1149 personal and officers. Also, National Institute of Disaster Management under ministry of home affairs government of India to provide necessary training.

Jharkhand government has established cabinet committee on management of Natural Calamities (CCMNC). It consists of chief minister as chairman and four cabinet ministers as members.

Emergency Operation Centre (EOC): Every district will have EOC and all EOC will be connected to Ranchi EOC though V-set satellite.

State Institute of Rural Development (SIRD): SIRD is apex institute of Panchayati Raj department and it provides training in disaster management to the panchayat personals.

Some Important organization in Jharkhand which plays major role in research and technical development for disaster management.

Please  help me in other ways

sir, my name is SWARUP ANAND, my DOB- 01/03/1984, my father’s name- SANTOSH KUMAR SRIVASTWA. I have loss my admit card. Please tell my roll number.