The unexpected death of your father propelled you to the topmost hierarchy of the mafia, your father and Maroni co-founded. However, the ambitious Maroni has something else in mind… something that doesn’t spell well for your own well-being. Perhaps it’s time for you to pull in the reins and get rid of Maroni once and for all!

Taking over your father’s criminal empire after his unexpected death, you are now embroiled in a feud with your father’s partner, the ambitious Maroni who sees himself controlling the entire empire on his own. To avoid ending up in a ditch, it’s time for you to consolidate your power in the mafia and get rid of Maroni once and for all!

Upgrade your facilities, raid others for resources, level up your skills, and recruit more thugs to help protect what you’ve painstakingly wrought in this mafia-themed MMORTS, Mafia City!

Your father’s untimely death marked your ascend to the top of one of the most rapidly growing mafia within the region. However, your father’s partner, Maroni, wasn’t too happy about your presence especially since he had put so much effort into getting rid of your father in the first place. Driven by his greed for power, he launched attacks after attacks on your turf, hoping to capture your mansion.

In one such attack, Maroni had his men kidnapped your mistress, Jennifer, while distracting you with yet another attack. Furious at being blindsided, you wanted to go after Maroni with what remained of your forces, but thankfully, your Uncle T gave you some sage advice – it’s better to lick your wounds first and bide your time for a counterattack that will not only get you Jennifer back but also remove the scum, Maroni, once and for all!

The storyline in this game doesn’t really appear until later in the game. Each story snippet is presented in chapters and, although it takes quite a while for you to advance the story, it does have a pretty interesting, albeit somewhat generic, mafia plot. Also, the game does have a certain amount of vulgarity. It’s most definitely not a game for young children.

Mafia City has a gameplay that many avid browser Mafia City online players would be more than familiar with. This doesn’t at all mean that the game is still not fun though! In fact, the insane number of freebies that you can get at the beginning via completing jobs, collecting daily sign-ins or spinning the lucky wheel is enough to keep you going; allowing you to have sufficient resources like cash and cargo to breeze to at least level 5. Of course, you can generate your own resources at your mafia HQ as well, or you can take the more aggressive route and plunder other players’ HQs for the stuff you need. 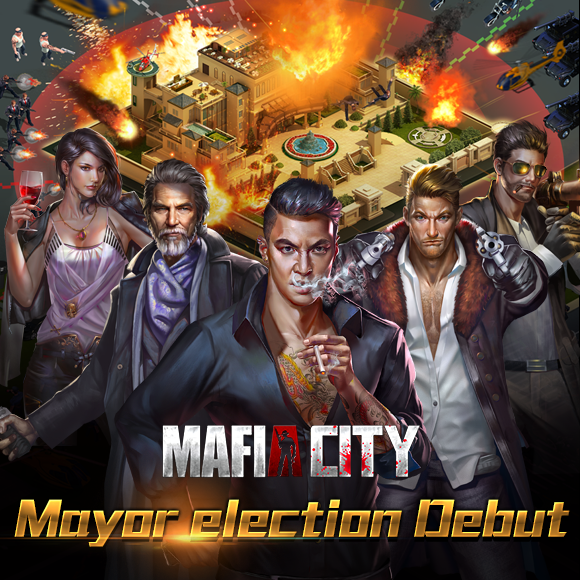 Similar to many games from the genre, although you only have 1 free building slot, the building process in this game can be easily sped up. Anything that requires 10 minutes or less can be sped up for free. You will also get a ton of speed-up tokens to use if the building process takes more than 10 minutes. If all of this is not enough, you will even get a free second building slot, which usually costs 250 gold (premium currency) for two days, to use. All of this initial, fast-paced gameplay might just get you hooked to the game!

Now that you have a strong headquarters, you will need to have an army of loyal thugs to defend it. In Mafia City, you can construct and upgrade camps that functions like barracks for the mafia. Here, you can recruit people like bikers, gunslingers, crooks and more to your mafia; to do your bidding and inflict pain on your behalf. With them by your side, you can then take on various enemies on the world map in addition to being able to better defend your HQ from attacks. But take note, the more people you have in your mafia, the higher your upkeep will be!

The world map is the place where all the MMO part of the game occurs. You can not only see the many different rival players’ headquarters you can attack or the resource buildings you can raid or occupy; there is also bands of enemies (dubbed as Street Forces) ranging from rogue cops to street crooks, you can attack. This also means that you can technically play the entire game “in PvE” if you want, but of course, players will still be able to attack you even if you refuse to attack others in return. You can even see the movements of other players’ “excursions” on the map

Aside from getting more thugs, you can also increase your own character by investing skill points into your skills. These skills will provide you with incremental bonuses for lowering building time, for example, or speeding up crime ops. Since you’re there, you can take a few minutes to pick a new avatar picture – there are plenty for you to choose from – and input a new username as well.

As a freemium game, Mafia City sells a range of items in exchange for real money. They offer affordable bundles such as the First Recharge Pack, or you can simply buy the gold you need directly. Gold can then be used to speed things up or purchase Turf Buffs like the Truce buff which prevents rivals from spying or attacking your mafia HQ. You can earn some gold for free in this game as well, mainly through freebies, but you can get quite a bit from completing achievements. 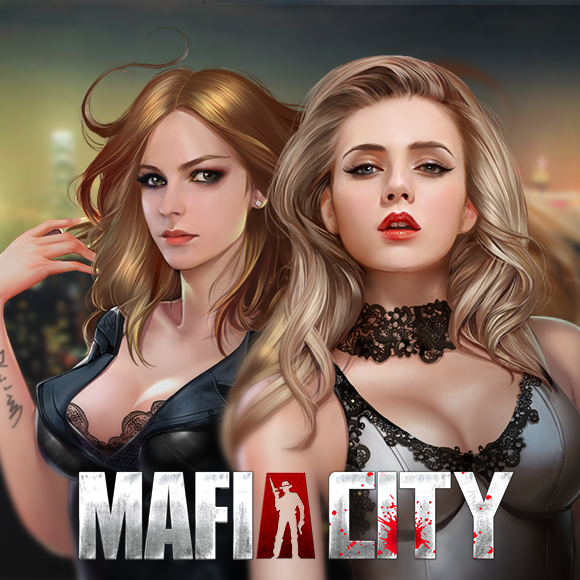 The game also has a tiered VIP system where every real dollar you spend will earn you some VIP points. These points will slowly, but surely, inch you towards the next VIP tier. Naturally, the higher you go, the more/better perks you will get. You can sometimes get free points by completing certain missions too.

Being a social game, Mafia City has a Clan feature where you can work cooperatively with your clansmen to grow your respective mafias or even take on powerful enemies together.

By being in a clan, you can, for instance, help your fellow clan members with their upgrades. You can also choose a “property” (clan perk) that’s most useful to you and contribute game cash as many times as you like (as long as the cooldown has not reached the cap) to the clan. Each contribution will grant you some contribution points; points that which you can then spend at the Clan Store. However, take note that the items here can go out of stock, so you’ll need to be fast to grab the stuff you want to buy.

The graphics in this game aren’t exactly top-notch – it’s a browser game after all, but as long as you don’t zoom in too much, you can hardly see the fuzziness of the building outlines or the surroundings. In terms of sound, the game features a few soundtracks which are too short and heavily looped. The game also has some vocal cues when you click on certain buildings.

Although the game may not offer something new, Mafia City is still a decent and fun, mafia-themed MMORTS game that you can play for free on your browser or mobile devices. Build up your mafia headquarters, assemble a strong army of thugs, and venture out into the world map to battle enemies and rival Dons alike!

sir, my name is SWARUP ANAND, my DOB- 01/03/1984, my father‚Äôs name- SANTOSH KUMAR SRIVASTWA. I have loss my admit card. Please tell my roll number.